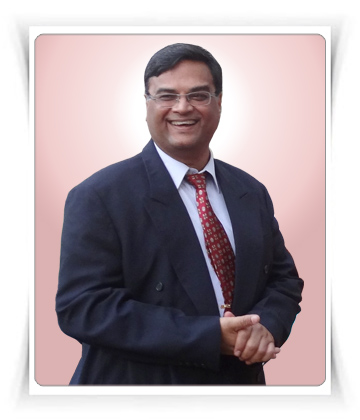 Graduated from prestigious Ayurveda Mahavidyalaya, of Ayurveda Seva Sangha Nashik, a government aided educational institute of high repute imparting education since 1954, was awarded a Degree of B.A.M.S (Bachelor of Ayurvedic Medicine and Surgery) from University of Pune in 1991 and further completed post graduate studies from the same institute and was awarded M.D (Doctor of Medicine) (Ayurveda) in Kayachikitsa (General Medicine) from University of Pune in 1994.

The academic career was meritorious and achieved distinction in many subjects at undergraduate and post graduate levels.

Has been working as Consulting Ayurvedic Physician since 1994. Has rich clinical experience of handling variety of cases ranging from chronic renal failure to cancers. His vision of having an Internationally reputed fully Ayurvedic Hospital was fulfilled in 2003. His journey with Ayurveda started with a small set up of 350 sq.ft in 1994 has blossomed in to 3600 sq.ft. three storied building of Ayushree Ayurvedic Hospital & Research centre built on international standards.

Visiting Associate professor in Ayurvedic college, in India and visiting faculty in various institutes in Australia and Germany.

President of International Society of Ayurvedic Physician and Teachers a professionally managed Organisation.

Ayurvediya Garbhasanskar has been translated in English, Hindi and Gujarathi